KOALA will be doomed to extinction unless... 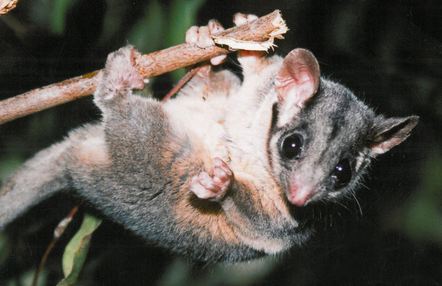 We all need to send this letter - EPBC potential loss

To date the most important piece of legislation in Australia to protect the natural environment from greedy exploitative practices and unsustainable development is the Environment Protection and Biodiversity Conservation Act, EPBC.

It provides a legal framework to protect and manage nationally and internationally important flora, fauna, ecological communities and heritage places — defined in the EPBC Act as matters of national environmental significance.

Under pressure from big business Federal, State and Territory governments are moving forward with an aggressive plan to wind back our environmental protection laws. By cutting 'green tape', handing important federal approval powers to the states, and fast tracking approvals for large development, federal protection for our most special places and wildlife will be removed, and mining and other destructive development in our forests, woodlands and along our coasts will be accelerated.

Without Federal intervention, the Franklin River would be dammed, there would be oil rigs on the Great Barrier Reef and pristine Shoalwater Bay would be home to a large coal port.

Without Federal protection the KOALA will be doomed to extinction.

The Places You Love campaign was founded by a group of 30 organisations, including HSI concerned with the proposals to wind back our system of environmental laws. We strongly believe that the reforms proposed will set us back decades on hard won protection for our land, water and wildlife

FRIENDS OF THE EARTH have arranged a petition - very easy step to sign to send to Prime Minister Julia  Gillard. You might like send to other politicians - by email or snail. Read text of letter you can use or adapt here and

The Commonwealth Government has a crucial role to play in protecting our environment and wildlife. Protecting our wild places and native animals is not 'green tape,' and I call on you to take a strong stand against the proposals in the COAG (Council of Australian Governments) agenda that would wind back the Environmental Protection and Biodiversity Conservation Act and fast-track the transfer of federal approval powers to state governments.

Our iconic wildlife and environment are under greater pressure and threat than ever before. We need to strengthen rather than weaken environmental protection laws.

On many occasions, including the notorious proposals to dam the Franklin River or to re-introduce cattle grazing into Alpine National Parks, the Federal Government has stepped in to prevent state governments from carrying out environmentally damaging projects, and to ensure the protection of our unique landscapes and wildlife.

The serious problems with creating bilateral management arrangements with the states are already demonstrated by the Regional Forest Agreement process, which has led to long term controversy and conflict in every forest region, and the continued loss of native wildlife and forests around the country. Handing even broader environmental assessment and approval powers to the states would see irreversible environmental damage and conflict.

Australia's environment is unique, precious and world class. For our wildlife and threatened wild places, please prevent the weakening of our environment laws at COAG, and ensure the Commonwealth's essential role in preserving the natural environment is maintained.

More in this category: « World Society for Protection of Animals Keep Karawatha Forest a Conservation Area »
back to top