Where are the quolls near North Maclean?

What about the federally endangered grey-headed flying fox? Koalas are acknowledged - but inadequtely. 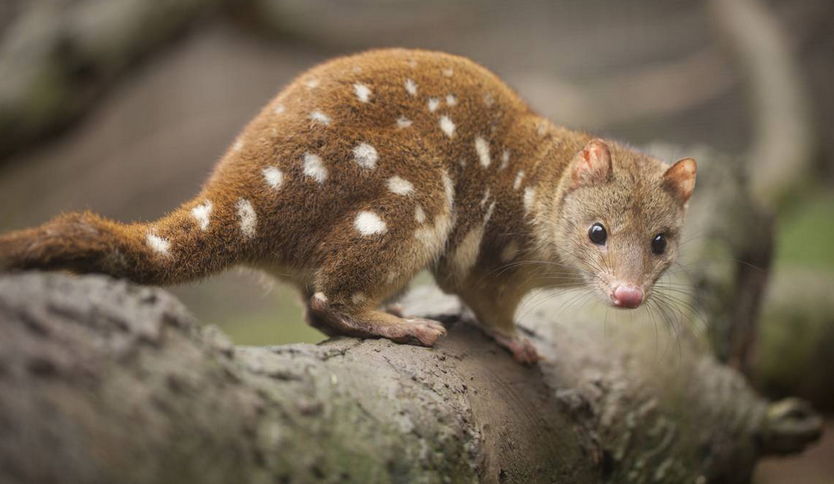 A desktop study for quolls reveals little about this cryptic camera shy nocturnal carnivous native mammal - often referred to as our native cat - at North Maclean or elsewhere. The developer can perhaps be excused for not knowing of the number of sightings of the quoll known among the local community.

Our curiosty was aroused when local resident and bike rider collected roadkill on Mount Lindesay Highway and this was taken to Queensland Museum where it was confirmed to be a quoll. Unfortunately for the quoll it also became roadkill while feasting on first roadkill. They are quite fond of dead carasses. This and another dead quoll are held by the Queensland Museum.

The application dismisses the likely presence of quolls. However without a signigicant survey by paid and qualified consultants - over a suitable time period it is presumtuous to make such a claim.

Dr Scott Burnett Quoll Biologist from Sunshine Coast University and Wildlife Queensland received funding in 2006 from Beaudesert Shire council to conduct a survey of community reported sightings of spotted tail quolls in the suburbs of Spring Mountain, Greenbank, Munruben, North Maclean, South Maclean, Chambers Flat, Park Ridge South and Logan Reserve. Three roadkill specimens were reported: one from the Goodna-Springfield Rd at Greenbank ( 2004), one from Teviot Rd and one on the Mt Lindesay Highway near the intersection of Carter Road ( 2005).  Two of these specimens are held in the Queensland Museum.

Dr Scott Burnett wrote to the OUM [Office of Urban Management - later ULDA Urban Land Development Authority and now EDQ Economic Development Queensland]  in 2006 stating that all remaining habitat in the Mt Lindesay North Beaudesert Study Area should be regarded as potential habitat for quolls. To date, sightings of quolls continue to be reported from the areas at and surrounding the North Maclean site from the community sightings to date , quoll dog tracking on LCC reserves ( limitations - problems with detecting scat scent during the wetter years from Nov 2011 to 2015 when this survey method has been used in the local area), Main Roads survey at Chambers Creek (Jerry’s Downfall).

LACA Logan and Albert Conservation Association Inc president Anne Page has been collating many of the reported quoll sightings but to date there is no published report about the population and movement of quolls in the Mt Lindesay North Beaudesert Study Area. Both Beaudersert Shire council - now Scenic Rim Regioal Council after amalgamation - and Logan City Council have allocated $5000 each for comunity education and awareness programs with presumably a report / acquital of some kind required. A draft map provided by SEQ Catchments is the base map.  Anne has added additional sightings - all included in LACA's submission to initial draft map. 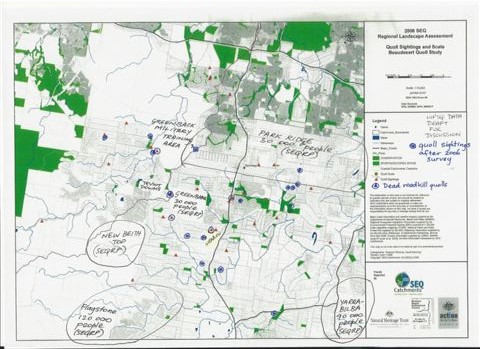 Before further clearing is approved a complete well funded research survey of quolls, their  habitat movement and breeding with analysis really should happen if local, state, and federal governments are committed to ecological sustainable development. How much longer do we pay lip service to the concept of ESD and carry on with "business as usual"?  Until such time more credance must be given to citizen scientists who have recorded and/ reported their sightings.

LACA's submission as sent to developer's lawyer as per procedure for assessment by preliminary documentation is now online - with personal identication records removed.  Read / download here

If you are new to becoming engaged in helping to save Australia's iconic koala you may not yet know the name. She is responsible for developing an amazing online website and tool to allow citizen scientists all over Australia to record their sightings. Come along to Berrinba Sanctuary open day 15 December 2012 and meet her and hear first hand about Koalatracker which is Australia's first national crowdsourced koala map.

This amazing tool has been provided for us all to use. So lets all become  KoalaTrackers so we can report koala sightings, view the koala map, view member photo galleries, use resources and search the database to learn more about koalas in our area and more.

CLICK HERE OR ON IMAGE ABOVE TO GO TO THE WEBSITE. Also provided there are phone numbers for sick or injured koalas.