USING THE RIGHT WORD HAS NEVER BEEN MORE IMPORTANT! 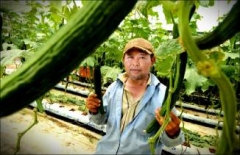 mean the same thing!  Ask any horticulturalist or organic gardening industry person and he or she can point out the many differences in farming practices, methodology and crops grown. Most of us do not take much more interest in the fruit and vegetables we eat than the price.

The article below reproduces the text from http://albert-and-logan.whereilive.com.au/news/story/growers-face-scrutiny/ as reported by Judith Maisey 19 November 2009 online edition.

She said growers had to have water-management strategies in place and monitor their chemical use.

“We must have a chemical certificate to spray, we must document what sprays we use, we must comply with regulations on residue levels and withholding periods, we can’t use unregistered chemicals and we can’t spray willy-nilly,” Mrs Crooks said.
She said products sent to Brisbane Markets were also randomly tested for chemical residue, salmonella and e-coli.
“If you are not complying with the standards, you will get done, and rightly so,” she said.
Mrs Crooks said farmers were a vital link in Logan’s economy.
Australian Bureau of Statistics figures showed intensive horticulture was worth $76 million a year to the city and employed 465 people.
She said if more regulations were introduced it would definitely send some growers broke.
“We are already heavily regulated, it’s costing growers immensely and we are trying to remain viable,” she said. Logan City councillor Hajnal Ban, who has advocated in the past for much tougher rules on market gardens as a Beaudesert Shire councillor, said she had seen some very good “best practice” market gardens during a recent tour.
“We saw some on very large properties with not a lot of nearby residential properties ... and I think that’s an ideal situation.” But she said the council also had to be mindful of market gardens on small, narrow blocks in places like Greenbank and those which were not “world’s best practice”.
“There are people (growers) who do the right thing and are subjected to audits.
“They make sure their farm is best practice and it would be nice to see those practices rolled out right across the city so the ones who aren’t doing the right thing are brought into line.”
Cr Ban said the tour highlighted the need for the council to be flexible so it was not punishing growers doing the right thing.
But she said council also had to bear in mind the community’s legitimate concerns about chemical spray drift and visual amenity.
She said rural residential zoning did not mean rural activities could be carried out on a property. “No, it means that it’s acreage, it’s low-density.”

Join the debate. Where is the balance between market gardens and residential development? Email This email address is being protected from spambots. You need JavaScript enabled to view it..

What is the debate about?

What type of food growing process?  Intensive horticulture - monocrops in protected structures? or open multicrops market gardens? or both?

Is it in an area of low-density living on acreage?

Is it an area of higher density housing development ie residential as the journalist writes.