New public group on Facebook so that community can participate in discussions  on any planning proposals that impact community and environment within Logan City boundaries. There are currently several planning proposals / development applications DA  / material change of use MCU that have not / do not make adequate provisions for appropriate community consultations.

The Greater Flagstone PDA covers a total area of 7188 hectares. It is located west of the Jimboomba and the Mount Lindesay Highway, along the Brisbane-Sydney rail line. It includes part of the suburb of NORTH MACLEAN and the area being identified as NMEP North Maclean Enterprise Precinct. This was previously called MLNBSA Mt Lindesay North Beaudesert Study Area in the SEQRP Southeast Queensland Regional Plans.

This public group invites community members to join, after reading description of guidelines of participation. Click image to go to Facebook.

Were YOU EVER consulted about North Maclean Enterprise Precinct? 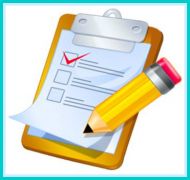 All documents are available from links at http://reelplanning.com/epbc-act-referral-20136941-public-notification/

North Maclean? It has been a difficult process to follow with multiple name changes. Who would think that Greater Flagstone included North Maclean?

It is at least 8 kilometres away and shares no adjacent suburb boundary or even same POSTCODE?

A "North Maclean" search of this website for Logan and Albert Conservation Association Inc LACA will produce many articles which together reveal that community has had issues with level of consultation available. There is a timelime here  http://www.laca.org.au/images/stories/COMMUNITY_CONSULTATION_COMMENTS_MADE_history_2004-2011.pdf

Identified Growth Areas - what does this mean - where are they?

The words we speak and language we use can often be confusing and misleading. Identified Growth Areas is the expression being used in the current SEQRP - replacing the language used in the earlier SEQRP.

Identified Growth Areas are areas to be INVESTIGATED BEFORE any development is allowed to happen in the future.

The language of planners is not the language of the average citizen. If there is a glossary please check. If you attend any so-called consultations  - please ask for explanations.

In 2004 the Mount Lindesay North Beaudesert Study Area (MLNBSA) was identified for investigation for increased human settlement. Logan and Albert Conservation members have been actively involved in asking to access for background studies and documents that may show support local council support for development in this area and also the onground biodiversity studies to show the existance of wildlife and their essential habitat.

Before 2004 we believe there was no study done to suggest Mount Lindesay North Beaudesert Study Area be included in investigation for increased human settlement. Yarrabilba a Delfin project was in discussion with Beaudesert Shire Council

Despite there being a RTI - Right to Information process LACA has not yet obtained copies of studies produced for Beaudesert Council at $4000000 cost to ratepayers. In fact SRRC and Logan Council both quibble about ownership of documents - and commercial in confidence.

Scenic Rim Council even in 2010 voted to NOT DISCLOSE TO LACA the NAMES of the documents.