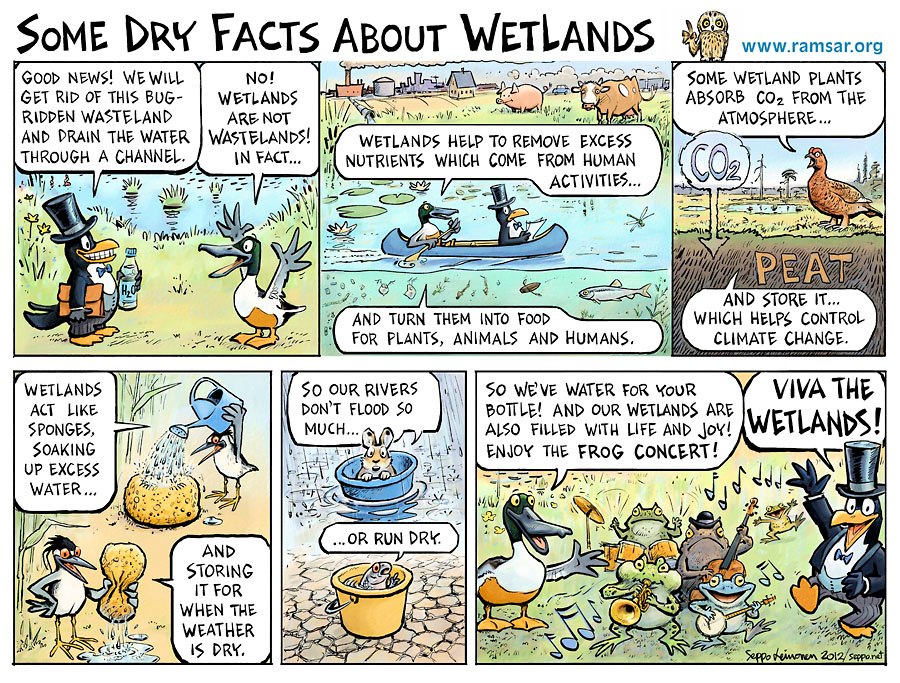 Wetlands are not wastelands.

The key objective of World Wetlands Day 2013 is to raise people's awareness of the interdependence between water and wetlands, to highlight ways to ensure the equitable sharing of water between different stakeholder groups and to understand that without wetlands there will be no water.

The importance of wetlands to the world has been recognized in the international Ramsar Convention signed in 1971. Wetlands  include lakes and rivers, swamps and marshes, wet grasslands and peatlands, oases, estuaries, deltas and tidal flats, near-shore marine areas, mangroves and coral reefs, and human-made sites such as fish ponds, rice paddies, reservoirs, and salt pans. There are 163 contracting countries and area governed by wise use protocol is 197,347,539 hectares.

This makes the health of Logan and Albert Rivers doubly significant as they contribute to the health or otherwise of Moreton Bay. Unfortunately the Healthy Waterways Report Card for these waterways is lower than acceptable ie not healthy.

Every creek aquifer and wetland are interconnected into catchment areas. Those areas which least human disturbance tend to be healthiest with Loganholme Wetlands, a wetland area with dense stands of Melaleuca Quinquinervia, ferns and reeds having a healthy balanced and functioning ecosystem. No mosquito problem there. Natural balanced systems manage that - with  no cost to humans.  This particular site is  being closely monitored by Barry Fitzpatrick LACA's longterm waterways champion. Logan's waterways are important for migratory birds are well as the regular more local species recorded by various bird watching groups. Such a list is available here.

More in this category: « LOGAN RIVER more beautiful after CLEAN-UP People power is our greatest asset in SEQ »
back to top